There’s something dangerous in your unassuming fluorescent light bulb, and it’s called mercury.

Granted, it’s just a tiny amount. Still, you don’t want THAT to end up in your lungs and possibly affect your nervous, immune, and digestive systems.

So if you break a fluorescent tube over your carpet, there’s definitely some cause for alarm.

But don’t worry! Being clumsy with a CFL bulb happens, and it’s not the end of the world.

In this article, I’ll show you how to safely clean broken CFL from the carpet to avoid mercury poisoning and prickly glass fragments.

How to Clean Broken CFL From Carpet in 3 Steps

Believe it or not, the Environmental Protection Agency (EPA) has issued a clear procedure for cleaning broken CFL bulbs.

Yes, it’s that serious! If you don’t follow the guideline and precautions, you’ll risk exposing your pets and family to health risks.

1. Prep the Place (and Gather Your Tools)

Not only do broken CFL bulbs have a bit of mercury, but the shards can also bite!

That’s why you’re going to arm yourself with a few pieces of equipment:

Seal off the area to prevent people and pets from entering the room or stepping onto the carpet. The cat can sulk all he wants!

If the bulb was lit when it broke, the air in the room is likely contaminated. Open the windows and doors, leave the room, and only return after 5-10 minutes. You’ll want to let some fresh air in – and any mercury fumes out!

If you have an air heating or conditioning system, shut it off.

But what if the bulb wasn’t working when it broke? If you’re anything like me, you drop things all the time!

Same thing happens, but more slowly. The mercury will have spread out into itty bitty droplets. They’ll still evaporate, but without being warmed up by the light.

Long story short: ventilate your room, and ventilate it well!

2. Clean Up the Shards From the Carpet

Before you even think “vacuum,” let me tell you why it’s a singularly bad idea.

Vacuuming broken glass could spell an end to your vac. But the vapors could also get into the vac and spread further.

Cleaning them up with a broom is another bad idea. The tiny shards will get stuck in between the bristles. Not to mention the *M* word! You want to remove all the harmful materials, not have them waltzing around the house.

So here’s the safest thing to do.

After you’ve armed yourself with gloves and closed shoes, scoop up the biggest glass fragments with some stiff paper or cardboard.

Next, it’s time to do away with the tiny shards and debris. A few rounds of duct tape pressed to the carpet should do. Put the used duct tape into the glass jar. If you want to use a plastic bag instead, make that two! And seal them both.

Now that you got rid of glass, get your sulfur to deal with the spilled mercury (if there’s any). Sprinkle it on and around the area.

Once you’ve gone full circle, it could be tempting to take out your steam cleaner and steam the hell out of your carpet.

As you may know already, I’m all for steam cleaning. And carpets love steam too. But in this case, forget about it!

If you missed even a single tiny droplet of mercury, the last thing you want is to heat it up with scalding steam.

Yes, mercury is toxic, which is why CFLs are considered hazardous waste.

It would be logical to just dump the glass fragments in with other glass for recycling, but don’t do it. Instead, take them to your local recycling center and check how they manage hazardous waste. If your center doesn’t handle it, you’ll have to wait for a collection event.

You can also ask around in your local hardware stores.

CFLs and other light bulbs contain some mercury sealed within their glass tubes. When they break, they release mercury as a vapor, posing a health risk when inhaled in large amounts.

That’s why it’s absolutely crucial to properly clean your carpet and other surfaces when a bulb breaks to minimize the risks. Protect yourself and only use your hands and the tools I listed above – no brooms, vacuums or steam cleaners!

What happens when a fluorescent light bulb breaks?

Two things: it may release the mercury sealed in its glass tube in the form of vapor, and you may end up with tiny glass fragments stuck into the carpet fibers. Either way, you’ll want to air out the room to let the vapor out. And then be super careful while picking up the debris.

Quite a few types of bulbs have a small amount of mercury! The most common type of mercury bulbs is CFL (compact fluorescent light), but there’s also neon bulbs, high-intensity discharge bulbs, as well as anti-germ and anti-bug lights.

Can you get mercury poisoning from a broken CFL bulb?

In most cases, it’s unlikely to get poisoning from such a small amount of mercury – about 4 mg. That’s up to ten times less than in the old fever thermometers! Still, mercury is highly toxic, so it’s safest not to take any risk. That’s why you should turn off the HVAC, open all windows and doors to the room, prevent entry, and only access the room after 5-10 minutes. 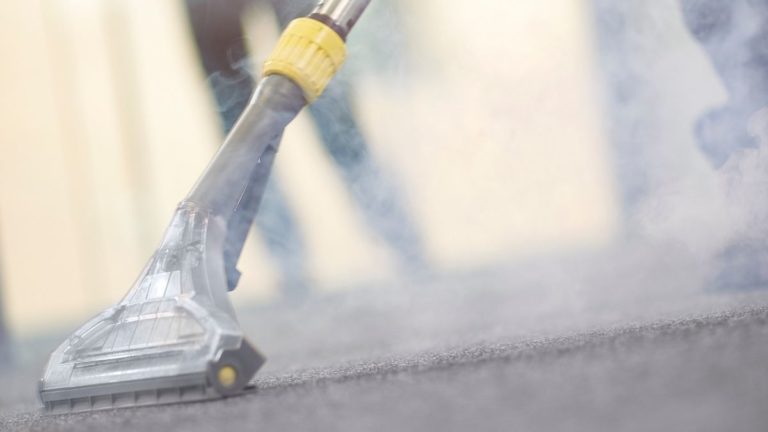 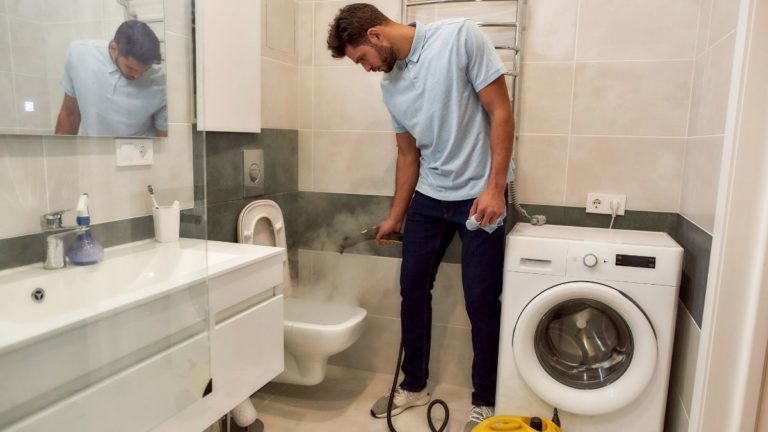